All I Do Is Dream of You! 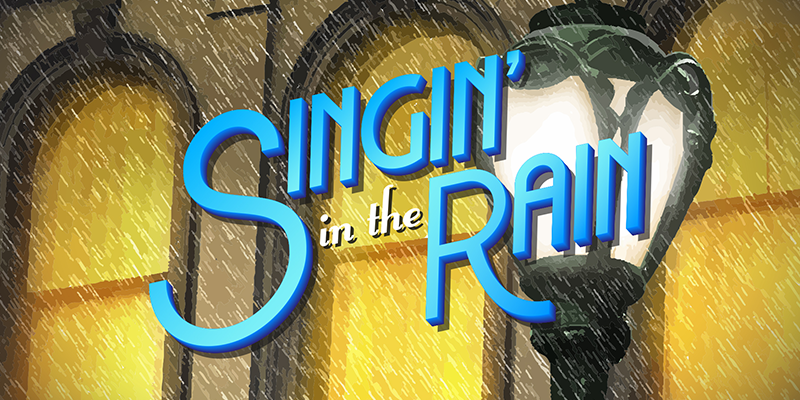 As previously announced, Singin’ in the Rain is directed by Marc Bruni and choreographed by Rommy Sandhu with music direction by Ben Whiteley.

CORBIN BLEU (Don Lockwood) comes from an extensive background in film, television and theatre. Bleu is probably best known for playing Chad Danforth in Disney’s Emmy Award-winning High School Musical franchise. Corbin was recently seen on Broadway as Ted Hanover in the Tony-nominated production of Irving Berlin’s Holiday Inn, winning Bleu the Chita Rivera Award for Outstanding Male Dancer in a Broadway Show. Additional Broadway credits include: Godspell (Jesus) and In the Heights (Usnavi). Other stage highlights include: Hairspray (Seaweed) and Mamma Mia! (Sky), both at The Hollywood Bowl. Bleu’s film credits include: To Write Love on Her Arms (starring opposite Kat Dennings), Nurse 3-D and The Monkey's Paw, to name a few. Corbin’s television credits include: Franklin & Bash, Blue Bloods, Psych, Castle, The Fosters and Chicago Med. In 2013, Bleu partnered with Karina Smirnoff on the multi-Emmy Award-winning ABC hit Dancing with the Stars, placing a close second. A Brooklyn native, Corbin currently resides in Los Angeles with his wife, Sasha.

JEFFREY SCHECTER (Cosmo Brown) aka “Shecky” was most recently seen on the Muny stage as Pseudolus in A Funny Thing Happened on the Way to the Forum and as Scuttle in The Little Mermaid. He is probably best known for recreating the role of Mike Costa in the Broadway revival of A Chorus Line. Other Broadway credits include: Fiddler on the Roof, Nice Work If You Can Get It, The Pajama Game, Wonderful Town, Beauty and the Beast, Anything Goes, Guys and Dolls and The People in the Picture. Jeffrey recently wrapped a recurring role on the new Showtime series Escape at Dannemora. Other TV/film credits include: The Good Fight, Elementary, Person of Interest, Boardwalk Empire, Farm Girl in New York and Tyco Parks the Car. In his spare time, Jeffrey teaches dance and theatre to kids of all ages with his awesome wife, Melissa and their company I Can Do That NYC! www.jeffreyschecter.com, www.icandothatnyc.com, @sidekickshecky

ABOUT THE SHOW:
Singin’ in the Rain has a screenplay by Betty Comden and Adolph Green with songs by Nacio Herb Brown and Arthur Freed. This endearing musical is based on the classic Metro-Goldwyn-Mayer film by special arrangement with Warner Bros. Theatre Ventures, Inc.

A timeless Muny favorite, Singin’ in the Rain has all the makings of a Tinseltown tabloid headline – the starlet, the leading man, a love affair for the ages and the unexpected transition from the silent film era to “talkies.” Known for its unforgettable hit-parade of Hollywood standards, splashy production numbers, hilarious situations and snappy dialogue, this Muny production is sure to be a downpour of pure delight.