ST. LOUIS – At tonight’s St. Louis’s annual Arts & Education Council Awards dinner, Broadway artist Beth Malone announced that she will star in the title role of The Muny’s 2017 production of The Unsinkable Molly Brown. The production will run from July 21-27, and will be directed and choreographed by Kathleen Marshall. The Unsinkable Molly Brown has music and lyrics by Meredith Willson, with additional lyrics and book by Dick Scanlan, based on the original book by Richard Morris. Music adaptation is by Michael Rafter.

“We couldn’t be more thrilled to welcome Beth to The Muny stage,” commented Muny artistic director and executive producer Mike Isaacson. “She is a true wonder of the musical theatre. For everyone who was thrilled by her captivating, Tony®-nominated performance in FUN HOME, I promise you will be just as astounded by her in this legendary role.” 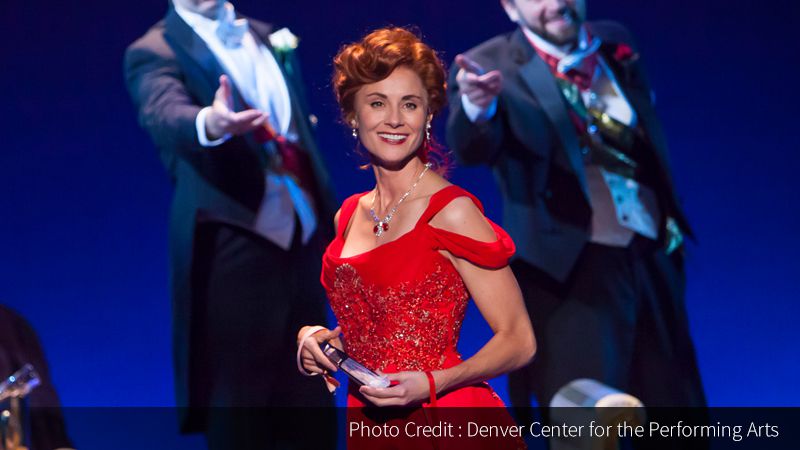 In one of the most acclaimed performances of the 2014-15 Broadway season, Beth starred as “Alison” in the 2015 Tony® Award-winning musical Fun Home. Of her performance, The New York Times wrote, “Ms. Malone is a first-rate actress who expertly turns seeming self-effacement into penetrating presence,” and USA Today wrote she is “simply riveting.” For her work in Fun Home, she received a Tony® Award-nomination as Best Actress in a Musical. Other credits include: Ring of Fire (Original Broadway Cast), and the Off-Broadway productions of: Bingo!, Fun Home, and The Marvelous Wonderettes. Regional work includes: The Unsinkable Molly Brown, for which she received the Henry Award for Outstanding Lead Actress in a Musical, Sister Act (Alliance Theatre) and Annie Get Your Gun (California Musical Theatre). Her television work includes: “Claudia” on CBS’s Brain Dead, The Good Wife, Reno 911!, Judging Amy, What’s On?, and One Minute Soaps. Film: The Comedian with Robert De Niro opening on February 3, and Hick starring Eddie Redmayne.