"Lerner and Loewe are icons of the American Musical Theatre, and we are honored to be a part the development of this new version of this wonderful show," said Muny Artistic Director and Executive Producer Mike Isaacson. "The extraordinary cast and creative team has been working for months to get the new edition re-written, re-orchestrated and redesigned for this marvelous production. We're on our way!" 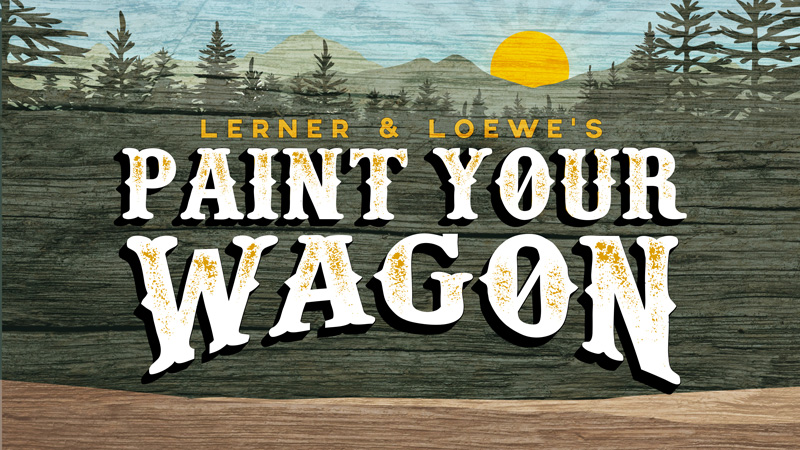 As previously announced, Lerner and Loewe’s Paint Your Wagon is directed and choreographed by Josh Rhodes with music direction by Sinai Tabak.

OMAR LOPEZ-CEPERO (Armando) is honored to return to The Muny after appearing in The Unsinkable Molly Brown two years ago. He joins directly from the world premiere of the new musical The Flamingo Kid (Alejandro) at Hartford Stage. Prior, he played Perón opposite his wife in a re-imagined version of Evita at Bay Street. Broadway/NY: On Your Feet! (Warren and Emilio, Original Broadway Cast); American Idiot (Original Broadway Cast), The Capeman (Delacorte/Central Park). Regional: Guys and Dolls (Sky Masterson, TUTS), Les Misérables (Marius, Fulton), The Pirates of Penzance (Frederick, Marriott Theatre). TV: The Detour, Vegas, Blue Bloods, Late Night with David Letterman, America’s Got Talent, The Grammy Awards, The Tony Awards. Proud University of Miami graduate. @omarlopezcepero

MARK EVANS (William) Muny debut! Mark most recently starred in The Play That Goes Wrong on Broadway and co-directed the play for its off-Broadway remounting. Other off-Broadway credits include the NY City Center Encores! productions of I Married an Angel and Me and My Girl, as well as the Irish Repertory Theatre’s critically-acclaimed revival of Finian’s Rainbow. U.S. regional credits: Mary Poppins, The Fix, Aida, Singin’ in the Rain and the national tour of The Book of Mormon as Elder Price. West End/London credits: Ghost, Wicked, Oklahoma!; Spamalot, The Rocky Horror Show. Film: Tower of Silence, Lake Placid 3 and Dead Hungry.

MAYA KELEHER (Jennifer Rumson) is excited to be making her Muny debut! Previous credits include Natalie in Next to Normal at TheaterWorks Hartford and Young Jessica in the reading of Butterflies at Barrington Stage Company. Proud graduate of The Boston Conservatory. Website mayakeleher.com and Instagram @mayakeleher.

ANDREW KOBER (Jake) Muny debut! Broadway: School of Rock, Sunday in the Park with George, She Loves Me, Les Misérables and Hair (also West End). He toured nationally in The 25th Annual Putnam County Spelling Bee and has appeared off-Broadway and regionally with Roundabout Theatre Company, The Public Theatre, MCC, NY Theatre Workshop, The Old Globe, Yale Rep, Williamstown Theatre Festival, Bucks County Playhouse, The Denver Center, Barrington Stage Company, and four summers at Shakespeare in the Park, most recently playing Malvolio in the 2018 production of Twelfth Night. TV: Ray Donovan, House of Cards, Boardwalk Empire, Blue Bloods, Pan Am and Fosse/Verdon. He can be heard on the cast recordings of Hair, Sunday in the Park…, She Loves Me, Twelfth Night and Alice By Heart. Twitter: @andrewkober

RAYMOND J. LEE (Guang-Li) is so excited to be returning to The Muny! When last here in Seussical, he found out he was going to be a father on a ten minute break. Ray was most recently in the world premiere of Soft Power by David Henry Hwang and Jeanine Tesori at Center Theatre Group. Broadway: Groundhog Day, Honeymoon in Vegas, Anything Goes, Mamma Mia!. NY: Camelot, Two Gentlemen of Verona, The Wild Party. Regional: Stuck Elevator, Tiger Style!; Nerds, Spelling Bee. TV/Film: Billions, Red Oaks, Succession, Fame, Smash and an upcoming Noah Baumbach film. Ray’s voice has been heard on projects for Netflix, Dreamworks, Disney Junior and Penguin Random House. Follow @raymondjlee and visit www.raymondjlee.com.

Lerner and Loewe’s Paint Your Wagon features an original book and lyrics by Alan Jay Lerner and music by Frederick Loewe with a new book by Jon Marans, dance and additional arrangements by Jason DeBord and orchestrations by August Eriksmoen.

Following our beloved productions of The Unsinkable Molly Brown and The Wiz, The Muny again serves as a birthplace to a reimagined version of an American musical classic. This Lerner and Loewe gem from 1951 is set in the California gold rush, sharing a moving tale of ambition, love and home. Featuring shimmering numbers such as “They Call the Wind Maria,” “I Talk to the Trees” and “Wand’rin’ Star,” this reimagined adaptation has a revised book by Jon Marans and is produced in association with On the Wagon Productions and Garmar Ventures.