The Muny Board of Directors announced today the appointment of Kwofe Coleman as the theatre’s next president and CEO, effective January 1, 2022. He will succeed Denny Reagan, who has been with The Muny since 1968, and has served as president and CEO since 1991. Coleman will assume the role with more than a decade of extensive theatre management experience across multiple industry facets. Currently, he serves as the theatre’s managing director and oversees the organizational, financial and business affairs of The Muny.

“Thanks to Denny’s leadership, and the diligent stewarding of the selection process by the executive committee and full board, the perfect candidate has been chosen,” said Muny Board Chairman and Second Century Capital Campaign Chairman James S. Turley. “Undoubtedly, Kwofe will ensure The Muny continues its commitment to accessibility, regardless of physical or socioeconomic limitations, while expanding the vital role we fill in our community.” 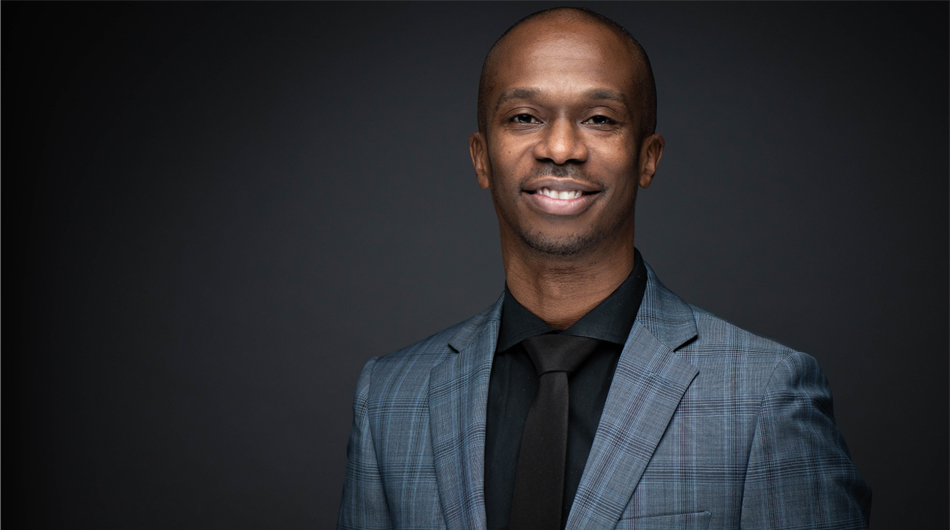 “I am honored and humbled by the opportunity to lead The Muny and serve a community that I love. The unparalleled history, remarkable resources and aspirational spirit that have yielded a century of success for The Muny are our foundation as we begin our second century,” said Coleman. “With great excitement, I look toward the future of a cultural institution that will take intentional steps to broaden and evolve our identity and relationships through both our art and our investment in this community.”

Coleman joined The Muny full time in 2008 as a staff accountant, helping to manage the finances, accounting and payroll for The Muny’s multimillion-dollar annual budget. In the decade preceding his position as staff accountant, he performed a variety of roles, including house manager.

He was promoted to director of marketing and communications in 2014, where he managed The Muny’s branding and marketing efforts through its 2018 centennial season. During this time, Coleman was also key in the creation of both The Muny’s Second Century Strategic Plan and The Muny’s $100 million Second Century Capital Campaign.

Following the 2018 season, Coleman was named The Muny’s managing director, responsible for managing the business functions of The Muny while working with the theatre’s Artistic Director and Executive Producer, Mike Isaacson, to embrace and articulate the artistic and institutional vision. As Managing Director, Coleman has also worked extensively alongside current Muny President and CEO Denny Reagan, who announced his plans to retire in December of 2021.

Coleman is recognized both locally and nationally as a strong force in theatre operations and currently serves as the president-elect of the National Alliance for Musical Theatre. According to DeVos Institute of Arts Management Chairman and Kennedy Center President Emeritus, Michael Kaiser, “The Muny has enjoyed a remarkably stable and strong leadership that has allowed the organization to move from strength to strength. Appointing Kwofe Coleman as the new president and CEO ensures leadership continuity. Kwofe brings his own insights and talents to the position and will lead The Muny to even greater heights in the years to come.”

“Kwofe is a remarkably gifted leader who understands the institution at its core, and more importantly, its commitment to the St. Louis community,” said Muny President and CEO Denny Reagan. “He will ensure The Muny’s future remains bright while offering a new perspective on how to lead our beloved theatre into its next century. Without question, he is the perfect choice.”

In addition to his role on the Board of Directors for the National Alliance for Musical Theatre, Coleman was a 2018 Fellowship Advisor for the DeVos Institute of Arts Management at the University of Maryland and is an active contributor to the St. Louis community, serving on the St. Louis University High School Board of Trustees, Cor Jesu Academy Advisory Council, Common Circles Advisory Council and as a proud founding board member of Atlas School. He also serves on the Board of Directors for the Saint Louis Club, as well as other various social service organizations. During the 2020 holiday season, Coleman served as executive producer for A New Holiday, a short film musical set in St. Louis created by LIFE Creative Group. He is a 2015 recipient of the St. Louis American’s Salute to Young Leaders Award and was named to the 2020 St. Louis Business Journal 40 under 40.

“The Muny has been an active, vital member of the National Alliance for Musical Theatre (NAMT) since its early days. As Denny Reagan, one of NAMT’s past presidents and longtime board member, passes the proverbial torch to Kwofe, he is doing the same in many ways at NAMT,” said National Alliance for Musical Theatre Executive Director, Betsy King Militello. “I can say with both excitement and confidence that Kwofe will be a charismatic, insightful leader for The Muny. He will respect the past while also moving the organization into a strong, vibrant future. The Muny is in excellent hands!”

“Kwofe is a national and local leader of rare passion and commitment for serving young people. His record reflects an accomplished innovator who is making education and training increasingly accessible for historically underserved communities through schools and the arts,” said David Steward, Muny board member and Founder and Chairman of World Wide Technology, the nation’s largest Black-owned company. “From the Gospel of Mark we learn, ‘Whoever wants to be great among you must be your servant,’ and I am confident that Kwofe will lead with faith and humility. The Steward family, along with World Wide Technology, salute The Muny on choosing Kwofe as their next leader.”