ST. LOUIS (Oct. 9, 2019) – The Muny has announced that St. Louis native and longtime Muny performer, Alex Prakken will star alongside the previously announced Mikaela Bennett in the eighth installment of its off-season concert series, Muny Magic at The Sheldon, November 5 and 6 at 7:30 p.m. Prakken replaces Jason Gotay, who had to withdraw from the concert due to being cast as Che in the upcoming New York City Center Encores! production of Evita. The enchanting evening will be music directed by frequent Muny music director Charlie Alterman. Muny Magic at The Sheldon is proudly sponsored by The Kranzberg Arts Foundation. 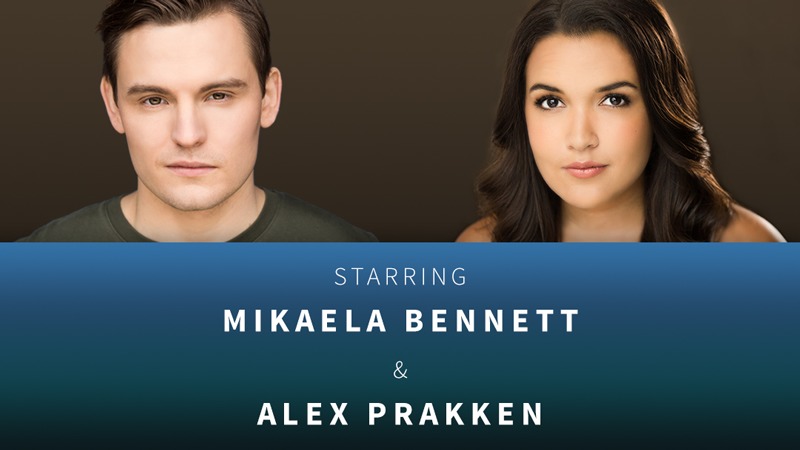 A former Muny Kid and Teen, Prakken’s recent Muny credits include his stirring performance as the Courier in last season’s 1776 and Marius in Les Misérables. Other tour and regional credits include: Newsies, Jesus Christ Superstar (Jesus), Grease and South Pacific.

"We're so grateful to Alex for joining this always joyous and magical night," said Muny Artistic Director and Executive Producer Mike Isaacson. "Alex thrilled audiences last season in 1776 and his performance as Marius in Les Misérables remains a Muny favorite. I'm sure he and Mikaela will make serious magic."

Featuring the timeless music of Leonard Bernstein, Harold Arlen, Jason Robert Brown and Rodgers and Hammerstein, Bennett and Prakken will be accompanied by a trio: Charlie Alterman (music director and piano), Nick Savage (drums) and Vince Clark (bass). The concert will feature Broadway hits, including “If I Loved You (Carousel),” “How Could I Ever Know (The Secret Garden),” “One Second and A Million Miles (Bridges of Madison County)” and a medley from West Side Story.

In addition to their performances, Isaacson will reveal the line-up for the much-anticipated 2020 summer season.

MIKAELA BENNETT – Muny credits include: Cinderella (Ella). Mikaela is a graduate of The Juilliard School, is celebrated as a singer and actress for her work on stage and in the concert hall. In 2019, Mikaela was honored with a ‘Lincoln Center Award for Emerging Artists’. Mikaela made her professional debut starring as Penelope in The Golden Apple at City Center Encores! Mikaela starred as Maria in West Side Story at the Lyric Opera of Chicago, originated the role of Norma in the off-Broadway production of Renascence, and originated the title role of Acquanetta at the Prototype Festival. Mikaela has performed with some of the world’s leading orchestras including at the BBC Proms as Maria in a concert performance of West Side Story with the John Wilson Orchestra, the New York Philharmonic under Leonard Slatkin, the Philadelphia Orchestra under Yannick Nézet-Séguin, the San Francisco Symphony Orchestra and Los Angeles Philharmonic Orchestra under Michael Tilson Thomas, and has appeared at the Kennedy Center and Carnegie Hall.

What the critics have said about Alex Prakken and Mikaela Bennett:

“He is show-stopping and deeply human.” – The Daily Campus

“Hearing Bennett feels like getting out from under the clouds on a night flight over water.” – The New York Times

“Bennett is blessed with a sensational soprano voice. Fresh, radiant, pure of tone, there is a youthful innocence is her very timbre.” – Chicago Classical Review

Following its sensational premiere season starring Tony Award-winner Beth Leavel (2015) and The Buddy Holly Boys (2016), the Muny Magic at The Sheldon concert series has welcomed four of the most beloved leading ladies from recent Muny seasons (2016), Nicholas Rodriguez (2017), four of The Muny’s favorite leading men (2017), Olivier Award-winner Laura Michelle Kelly (2018) and Drama Desk nominees Jenny Powers and Matt Cavenaugh (2018). Each year, the Muny Magic at The Sheldon series showcases the performers who have delighted Muny audiences by offering an intimate evening of story and song.

The Muny’s mission is to enrich lives by producing exceptional musical theatre, accessible to all, while continuing its remarkable tradition in Forest Park. As the nation’s largest outdoor musical theatre, we produce seven world-class musicals each year and welcome over 350,000 theatregoers over our nine-week season. Celebrating 101 seasons in St. Louis, The Muny remains one of the premier institutions in musical theatre.