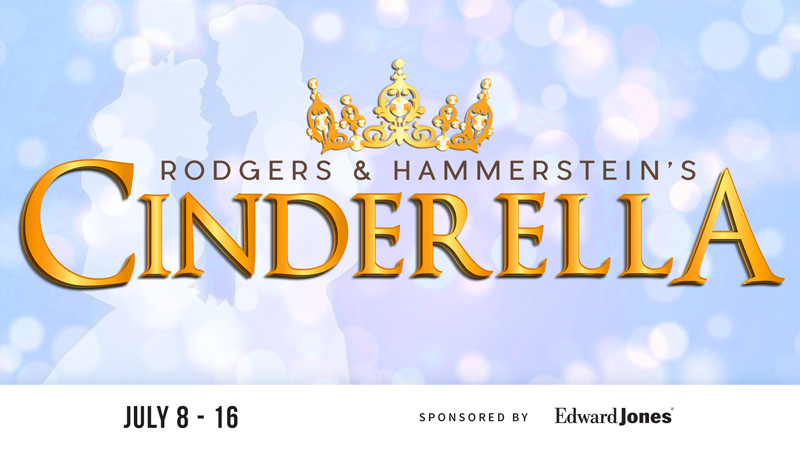 “Enchantment is demanded, and enchantment there will be,” said Muny Artistic Director and Executive Producer Mike Isaacson. “This will be The Muny premiere of this recent Broadway edition of Cinderella, and this is an exciting company of artists to create real Muny magic.”

MIKAELA BENNETT (Ella) Muny debut! Mikaela is a graduate of The Juilliard School and a celebrated singer, actress and concert artist. In 2019, Bennett was honored with a Lincoln Center Award for Emerging Artists. On stage, she made her professional debut as Penelope in The Golden Apple at NY City Center Encores! In May 2019, Mikaela made her debut at Lyric Opera of Chicago as Maria in West Side Story. Mikaela originated the role of Norma in Scanlan and Dean’s new musical Renascence in New York City and originated the title role in Acquanetta a new opera by Michael Gordon at the Prototype Festival. In concert: BBC Proms with the John Wilson Orchestra, New York Philharmonic under Leonard Slatkin, Philadelphia Orchestra under Yannick Nézet-Séguin, San Francisco Symphony Orchestra and Los Angeles Philharmonic Orchestra under Michael Tilson Thomas. She has also appeared as a soloist at the Kennedy Center and Carnegie Hall.

ASHLEY BROWN (Marie) Muny: Crazy for You, Cinderella, Side by Side by Sondheim, Annie, Guys and Dolls, Breakfast at Tiffany’s, Meet Me In St. Louis, The Sound of Music. Brown originated the title role in Mary Poppins on Broadway for which she received Outer Critics, Drama League and Drama Desk nominations. Brown has also starred as Mary Poppins in the national tour where she garnered a Garland Award for Best Performance in a Musical. Other Broadway: Belle (Beauty and The Beast). She starred in Jack O’Brien’s national tour of The Sound of Music and in both Oklahoma! and Show Boat at Chicago’s Lyric Opera. Brown has performed with countless top orchestras including the Boston Pops, the New York Philharmonic, The Hollywood Bowl Orchestra, The Pittsburgh Symphony, the New York Pops at Carnegie Hall, Fort Worth Symphony, the Cincinnati Pops, Philadelphia Orchestra, etc. Her PBS special, Ashley Brown: Call Me Irresponsible received a PBS Telly Award. TV credits: NBC’s The Sound of Music Live!

JOHN SCHERER (Sebastian) has previously appeared at The Muny in Annie, Young Frankenstein, The Buddy Holly Story, The Addams Family, Spamalot and Mame. Broadway: LoveMusik, By Jeeves and Sunset Boulevard. Off Broadway: Dames at Sea, Olympus On My Mind. Other New York: The Most Happy Fella (New York City Opera), Out Of This World (NY City Center Encores!) and A Tribute to Comden and Green (Carnegie Hall). National tours: 42nd Street, Cats, Mame and White Christmas. He recently appeared in the critically acclaimed revival of The Drowsy Chaperone at the Goodspeed Opera House. Other regional: Kennedy Center, Arena Stage, Goodman Theatre, Ahmanson Theatre, Paper Mill Playhouse and many others. Film/TV: Spinning into Butter, The Shield, Crossing Jordan, Titus and Law & Order (SVU and CI). He is a graduate of Carnegie Mellon University.

VICTOR RYAN ROBERTSON (Lord Pinkleton) American tenor Victor Ryan Robertson offers a versatile singing ability and style allowing him to cross seamlessly between genres. From opera repertoire to pop music, and everything in between, Robertson has delighted international audiences to critical acclaim. Recently, Robertson made his Broadway début in Andrew Lloyd Webber’s The Phantom of the Opera, performed as Zoogy in Carly Simon’s ambitious contemporary work Romulus Hunt: A Family Opera (original cast recording) at Nashville Opera and was featured on the small screen in a commercial for Bank of America. This season, Robertson also performs as Count Almaviva in Il barbiere di Siviglia with Sarasota Opera and Gulf Coast Symphony and as Benny Paret/Benny Paret Jr. in Champion with Opera de Montreal.

A magical evening awaits, but we mustn’t be late! This Rodgers and Hammerstein treasure began as one of the most-watched television programs in history and was finally produced on Broadway in 2013, receiving nine Tony Award nominations. With winsome charm and irresistible fantasy, the score features shoe-in favorites, including “In My Own Little Corner,” “The Prince is Giving a Ball” and “Ten Minutes Ago.” “It’s Possible” this timeless tale will have your heart soaring and prove, once and for all, dreams really can come true.

Season tickets, single tickets and Muny gift cards for the 101st season are available online and at The Muny Box Office. MetroTix is the only official online point-of-purchase vendor for The Muny. For more information, visit muny.org or call (314) 361-1900.