The Broadway legend returns for its first Muny production in 13 years! Come re-discover this powerful, moving and enchanting tale of romance and political intrigue, as we all live for “one brief shining moment.” Based upon T.H. White’s novel, Lerner and Loewe’s Camelot features a lush and Excalibur-sharp score, including “If Ever I Would Leave You,” “What Do the Simple Folk Do?” and of course, “Camelot.” With this enchanting classic tale, you are guaranteed an unforgettable (k)night at King Arthur’s Round Table.

Based on The Once and Future King by T.H. White

starred in the 2020 Broadway revival of West Side Story as Maria and was recognized as an Outer Critics Circle honoree for Best Actress in a Musical. She was last seen in the New York City Center’s Encores! production of Into the Woods (Rapunzel). Ms. Pimentel started performing professionally at the very young age of nine, when she debuted on Broadway as Young Nala in The Lion King. She has recently performed with the Indianapolis Symphony Orchestra and the Naples Philharmonic. Screen credits include John Mulaney & the Sack Lunch Bunch on Netflix. Ms. Pimentel is a 2020 graduate from the Juilliard School with a bachelor’s degree in vocal performance.

is beyond grateful to make his Muny debut as Lancelot in this stunning re-telling of the classic musical Camelot. A recent graduate of Central Michigan University with a BM in Vocal Performance, Brandon was most recently seen as Lun Tha in the second Broadway national tour of The King and I. Other credits include The Hunchback of Notre Dame (Phoebus), The Last Five Years (Jamie), Spring Awakening (Melchior), A Year with Frog and Toad (Frog) and Peter and the Starcatcher (Fighting Prawn). Brandon is currently based in NYC, where he lives with his beautiful girlfriend and two dogs. He wants to recognize and give special thanks to all his loved ones for their undying faith, love and support; And to Matt Kunkel and Charlie Hano for trusting him with this wonderful opportunity at The Muny!

is a graduate of Montclair State University, BFA Musical Theatre. In 2018, he received a Drama Desk nomination for Best Actor in a Musical and was awarded a Clive Barnes Award in Theatre for his portrayal of Tom Jones in NYC’s off-Broadway hit Bastard Jones. Evan has had the honor of performing at Carnegie Hall and at the 90th Academy Awards. He has performed for many notable individuals such as ‪Ellen DeGeneres, President Joe Biden and First Lady Dr. Jill Biden, and Egypt’s sixth and current president, President Abdel Fattah el-Sisi. Most recently, Evan performed alongside Grammy-winning artist Jason Mraz. Theatre credits include Beauty and the Beast (Beast, Olney Theatre Center), The Wizard of Oz (Tin Man, Pittsburgh CLO), The Toxic Avenger (Melvin/Toxie, Pittsburgh CLO), and Baby (Danny, NYC off-Broadway). Evan is represented by Headline Talent Agency.

is thrilled to return for his fifth season at The Muny. Muny: The Wizard of Oz, The Music Man, Mamma Mia!; Aida, Jesus Christ Superstar, The Unsinkable Molly Brown, Newsies, Jersey Boys, Gypsy. Broadway: Mean Girls. Just finished filming his first movie, premiering in 2023. Much love to family. Good to be home.

is overjoyed to be returning to The Muny! Previous Muny credits include 42nd Street and Young Frankenstein. Broadway/National tour: Lincoln Center Theater’s My Fair Lady (Swing, u/s Eliza), Something Rotten! Regional: Repertory Theatre of St. Louis, Goodspeed, Fulton Theatre, Pittsburgh CLO, Music Theatre Wichita, Lyric Theatre of Oklahoma and Engeman Theater. Endless love to my fianceé, Alex, for supporting me in this quick detour from tour life and always walking Harvey when I’m in rehearsals. You are my greatest adventure. Boundless gratitude to Matt, Beth and the entire Muny family for welcoming me “home” once again. Proud member of Actors’ Equity Association.

is thrilled to make her professional debut as a member of the principal cast of Camelot. She is a member of the Muny Kids Touring Troupe and has performed in the youth ensemble casts since 2019. Her favorite theatre credits include youth ensemble performances in Kinky Boots and Cinderella. Riley portrayed Belinda in The Rep’s A Christmas Carol, and a plethora of other youth community theatre principal roles. Her most notable television credits include a recurring role as Melody in the Showtime TV series On Becoming a God in Central Florida, a Nine PBS short film A New Holiday and several commercials. Riley has also worked on several voice-over projects with Nickelodeon, Disney and local affiliate production companies. She will forever be grateful to the directors and the entire cast and crew for this unforgettable opportunity.

is an actor, composer and lyricist, most recently seen as Fritz in the New York premiere of Barry Manilow and Bruce Sussman’s Harmony, directed by Warren Carlyle. Regional credits include All Shook Up (The Muny), Memphis, Beauty and the Beast (TUTS), Dogfight (Farmers Alley). Original musicals (co-written with Graham Techler) include The Moderators (Originals Theatre Festival, New York) and Sound Choices (Academy of Art University, San Francisco). He was a 2021 Johnny Mercer Foundation fellow and has released two albums, Good Ol’ and Smoke Machine, available on all streaming platforms. Upcoming: An American in Paris (Cape Playhouse). Barrett is composing original music for the off-Broadway premiere of The Panic of ‘29 (59E59). He is a proud graduate of the University of Michigan. Love to Maddie, Mom, Pop, and his little dog Leonard Bernstein.

Rounding Out The Company

returns to The Muny after choreographing The Sound of Music and Matilda, and serving as Associate Choreographer for Disney’s Newsies, West Side Story, My Fair Lady, Jerome Robbins’ Broadway and An Evening with the Stars. She was recently commissioned to choreograph an original piece for the Joffrey Ballet School in NYC and choreographed West Side Story for the Abilene Opera. Broadway/Off-Broadway associate choreography: Gettin’ the Band Back Together, High Button Shoes, The New Yorkers and 1776. Recent associate choreography: How to Succeed… (Tokyo Orb Theatre), Footloose and The Music Man (The Kennedy Center), Because of Winn Dixie and The Drowsy Chaperone (Goodspeed Opera House) and the Gucci Showtime Campaign. As a performer, Beth was seen on Broadway, in national and international tours, in six Muny shows, on SNL and The Tonight Show with Jimmy Fallon. Proud member of SDC. Beth Crandall.com 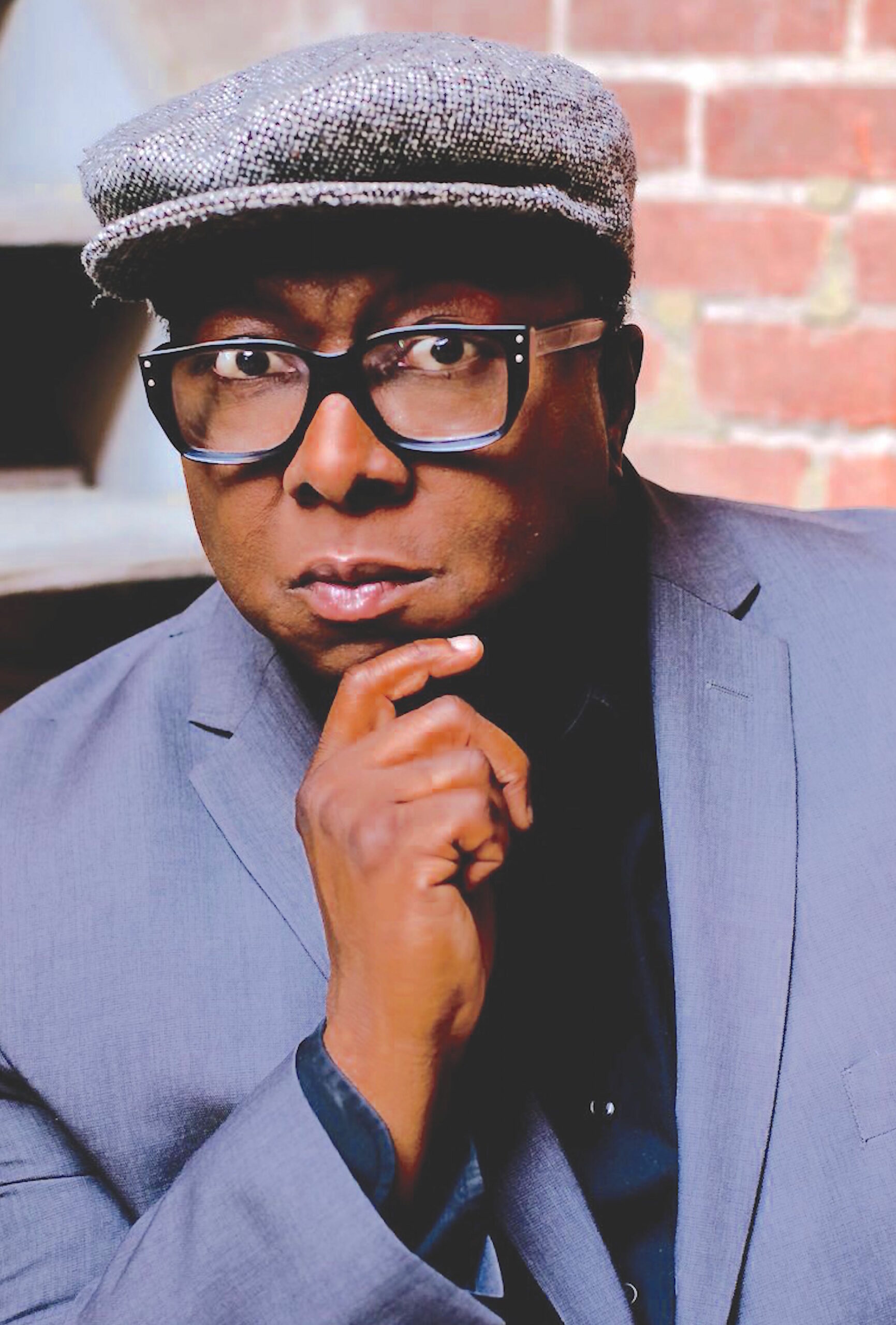 Muny favorite Camelot is a classic American musical from 1960 by Alan Jay Lerner and Frederick Loewe, based on T.H. White’s novel, The Once and Future King. This family-friendly show follows Arthur, a young, ambitious, idealistic King who, inspired by his vivacious queen Guenevere, dreams of creating a just society. But just as this utopian vision starts to become reality, everything begins to unravel.

Broadway’s original stage production in 1960 starred Richard Burton, Julie Andrews and Robert Goulet, and garnered four Tony Awards. The show is suitable for all ages, but its mature love story may resonate more strongly with adults and older children.

The word hell is used once.

One song and a few lines of dialogue refer to sex.

A character mentions having a drink.

Several songs and multiple lines of dialogue mention medieval acts of violence, including “C’est Moi,” “Take Me to the Fair,” “Fie on Goodness,” and “Guenevere.”

The knights trade blows in the song “The Joust,” and a character is stabbed.

There is a swordfight at the beginning of the song “Guenevere.”

Guenevere’s attraction to Sir Lancelot tests her fidelity to King Arthur. The love triangle between these three characters introduces mature themes, such as how to proceed when emotions conflict with one’s morals and values.