Originally from Australia, Sarah most recently played Velma Kelly in Chicago at the Maltz Jupiter Theatre with Denis Jones directing and is beyond excited to be working with Denis again on this dream show! USA highlights include Cherry Sundae in the first national tour of Charlie and the Chocolate Factory, playing Cassie in A Chorus Line in 2016 at The Hollywood Bowl opposite Mario Lopez, and her first Muny production of Jerome Robbins’ Broadway in 2018. Sarah spent many years in Germany playing Sally Bowles in Cabaret, Anita in West Side Story, Doralee in 9 to 5, Gloria in Flashdance and lastly, Esmeralda in Disney’s The Hunchback of Notre Dame, with Scott Schwartz (director) and Chase Brock (choreographer). INSTA: @sarahbowden.de

is beyond thrilled to return to The Muny. She appeared here as Philia in Forum, Martha Jefferson in 1776 and Maria in West Side Story. Other credits include Christine Daaé in The Phantom of the Opera on Broadway, Cosette in Les Misérables (Broadway, national tour), The King and I (Broadway, tour, Lyric Opera of Chicago), Maria in West Side Story (national tour, international tour), Luisa in The Fantasticks (off-Broadway), Fan/Mrs. Bonds in A Christmas Carol (McCarter Theatre) and Sarah Brown in Guys and Dolls (Sacramento Music Circus). Concert/symphony work: Alice Tully Hall, The Town Hall, NY Pops at Carnegie Hall, Houston Symphony, American Pops Orchestra, Kaohsiung Symphony and The Boston Pops with Maestro Keith Lockhart. Her TV/Film credits include The Michael J. Fox Show, Yield, Mia and The Cactus. Ali has a BA in psychology from Yale University and is a proud Filipina American and member of Actors’ Equity. @aliewoldt

is very excited to return to The Muny! A veteran of nine Muny productions and a recipient of the St. Louis Theater Circle Award, Denis is also a two-time Tony nominee. His work has been seen in the Broadway productions of Tootsie, Irving Berlin’s Holiday Inn and Honeymoon in Vegas. Other recent credits include: Chasing Rainbows (Paper Mill Playhouse), A Chorus Line (Signature Theatre), Eurydice (LA Opera), The Flamingo Kid (Hartford Stage), Call Me Madam, Paint Your Wagon (NY City Center Encores!), How to Succeed… (Kennedy Center) and The Music Man (Goodman Theatre). 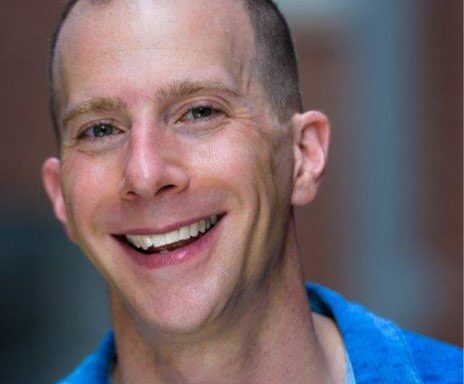 returns to The Muny where he served as music director for the productions of Meet Me In St. Louis (2018), All Shook Up, Disney’s The Little Mermaid (2017), Young Frankenstein (2016), Hairspray (2015), Chicago (2012) and Legally Blonde (2011), as well as three Muny Magic at The Sheldon concerts. Broadway credits include Pippin, Godspell, Next to Normal, Martin Short: Fame Becomes Me (Music Director/actor) and Legally Blonde (Associate Conductor). Tours: Charlie and the Chocolate Factory, Next to Normal (Music Supervisor) and Grease (US/Asia). Regional credits include: The Old Globe, Repertory Theatre of St. Louis, TUTS, La Jolla Playhouse, Arena Stage, Trinity Repertory, Paper Mill Playhouse, Huntington Theatre and the Williamstown Theatre Festival. TV: Zoey’s Extraordinary Playlist.

Set during the Prohibition era, the twenties are roaring, and merry murderesses Roxie Hart and Velma Kelly are both in Cook County jail awaiting trial for killing their lovers. A clever but shady lawyer, Billy Flynn, manipulates the press in his efforts to free both women. Roxie and Velma thrive on the publicity that the trial offers, and the two beautiful headline hunters plot to use their notoriety to further their stage careers, as well as to win their acquittals.

A six-time Tony Award-winner, Chicago is the longest-running American musical in Broadway history. It includes well-known standards such as “Cell Block Tango,” “Mister Cellophane” and the notorious “All That Jazz.”

Dialogue and lyrics throughout the show include mature languages and references to sexual situations.

At the beginning of the show, two characters are in bed together.

Throughout the show, dialogue and lyrics include references to sexual situations.

Numerous songs reference drinking and smoking, and alcohol and cigarettes may be used as props.

In two instances, a character shoots another character.

In the song “Cell Block Tango,” six women inmates sing about what caused them to murder their husbands.

A prisoner is hung for her crime.

Chicago opens with the line, “Welcome. Ladies and Gentlemen, you are about to see a story of murder, greed, corruption, violence, exploitation, adultery and treachery.” The musical then delves into all of these areas. The show aims to be provocative, which is part of its charm, and it does this by making fun of its characters in an entertaining way.

A character fantasizes about becoming a celebrity murderess. She fakes being pregnant to get more sympathy from the press.

The optimistic reporter “Mary Sunshine” is revealed to be a man.

Stunning views wherever you sit

You’ve got questions —we’ve got answers.

Getting Here Is a Breeze