The Muny Announces Plans to Begin Final Phases of Construction

After completing phases one and two of their multi-year campus renovations, The Muny announced today plans to begin the final three phases of their Second Century Capital Campaign-funded construction. With earlier phases focused solely on rebuilding the state-of-the-art James S. McDonnell stage, phases three through five will focus on extensive renovations to backstage support spaces, including the Emerson Artists’ Building.

Announced in October of 2018, Emerson’s $6.5 million seven-year cash pledge to The Muny’s Second Century Capital Campaign will assist in funding not only the Emerson Artists’ Building, named in recognition of their gift, but will also aid in the support, maintenance and upkeep of the aging 11.5-acre campus. The Emerson Artists’ Building will house dressing rooms, the wig shop, hair and makeup departments and wardrobe maintenance.

Among the other spaces also included in the upcoming renovations are the costume shop, production and general offices, rehearsal spaces, craft and scenic seamstress rooms, painter and carpenter areas, and the sewer and plumbing infrastructure. St. Louis-based companies CORE10 Architecture and Tarlton Corp. will serve as the construction manager and architect, respectively, throughout phases three through five of the renovations.

"We are incredibly grateful for Emerson’s continued support and eager to begin renovations to our backstage support spaces, especially the Emerson Artists’ Building,” said Muny President and CEO Denny Reagan. “Emerson’s long-standing relationship with us as a corporate donor continually sets the bar in this community. These renovations will provide the backstage artists, craftsmen and laborers a modern-day workspace centered around the demands of today’s productions.”

“Emerson is a long-time corporate supporter of The Muny because it’s such a unique cultural asset for the St. Louis community, our hometown, bringing people together each summer to enjoy full-scale musicals outdoors,” said Emerson Vice President of Corporate Social Responsibility Dave Rabe. “We proudly support the Second Century Capital Campaign which is helping fund improvements, including the renovated Artists’ Building, that will enable The Muny to share the magic of its quality productions with a new generation of patrons.” 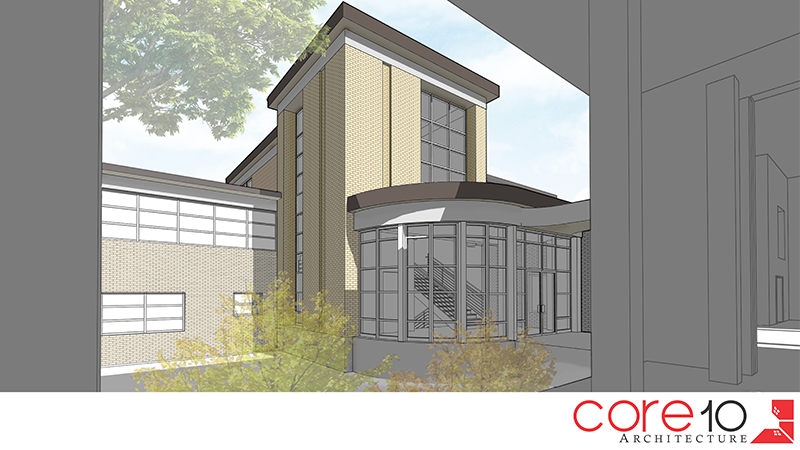