ST. LOUIS (March 21, 2018) – The Muny is thrilled to announce that Tony and Grammy Award- winning artist Heather Headley and Tony, Emmy and Golden Globe Award-nominated artist Matthew Morrison will serve as co-hosts for The Muny’s historic Centennial Gala show, An Evening with the Stars, May 18, 2018 at 9:15 p.m. at The Muny.

This one-night-only production will have a sensational cast of 100, with special performances by show business legends Chita Rivera and Tommy Tune, along with Broadway and Muny stars Patrick Cassidy, Ken Page, Jenny Powers, Lara Teeter and Graham Rowat. The one-night-only production also will include an ensemble of 32 singers and dancers, the beloved Muny Kids and Muny Teens troupes, and the magnificent Muny Orchestra. 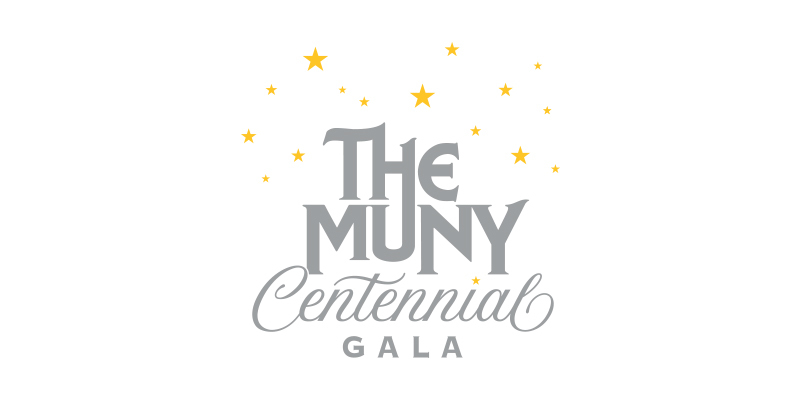 An awe-inspiring evening of pure Muny magic, uniquely created for this historic birthday, the Centennial Gala and show are generously underwritten by World Wide Technology and The Steward Family Foundation.

“We are Godly proud and honored to support the celebration of The Muny’s centennial,” said World Wide Technology Founder and Chairman David Steward. “It is a major community accomplishment that St. Louis has sustained this premier arts institution for 100 years and that on this centennial birthday, we are able to celebrate a rich and diverse history of musical theatre that is available to everyone, right here in St. Louis.”

“We are truly grateful to World Wide Technology and the Steward family for their support,” said Muny President and CEO Denny Reagan. “Gala attendees and the thousands of St. Louisans who will join us for this show are in for a spectacular evening. It will certainly be a fitting kick-off to a season of celebration.”

“This will be a night of real Muny history,” said Muny Artistic Director and Executive Producer Mike Isaacson. “So many extraordinary talents will be joining us, and we’re working to create a show that we hope for the rest of your life, you’ll be able to say ‘I was there.’”

Continuing its mission in making theatre accessible to all, tickets for the Centennial Gala show, An Evening with the Stars, will be available to Muny subscribers beginning April 9, 2018 and available to the general public beginning May 7, 2018. Tickets start at $15. In addition, the nightly 1,500 free seats will be offered on a first-come-first-served basis, as usual. For more information on The Muny’s centennial, including An Evening with the Stars, please visit www.muny.org/100.

HEATHER HEADLEY is a Tony and Grammy Award winner best known for originating the roles of Nala in Disney’s The Lion King and the title role in Elton John and Tim Rice’s Aida, which won her the Tony Award for Best Actress in a Musical in 2000 and the Drama Desk Award for Outstanding Actress in a Musical. In 2012, Headley received an Olivier nomination for her portrayal of Rachel Marron in the West End production of The Bodyguard. Listed as one of People Magazine’s 50 Most Beautiful People and Essence Magazine’s 30 Women to Watch, Heather recently made her triumphant return to Broadway starring as Shug Avery in the 2016 Tony Award winning Best Musical Revival, The Color Purple. In addition to her critically- acclaimed on-stage credits, she has two albums, Grammy nominated This Is Who I Am and Grammy Award winning Audience of One. Heather has also performed on numerous daytime and late-night talk shows, including: The View, The Ellen DeGeneres Show, The Tonight Show with Jay Leno and the Late Show with David Letterman. Heather’s Muny credits include: Into the Woods (The Witch, 2015).

MATTHEW MORRISON is a Tony, Emmy and Golden Globe Award nominated actor who was most recently seen on Broadway as J.M. Barrie in Finding Neverland, a role that earned him two Drama Desk nominations. Other Broadway credits include: Footloose, Hairspray, Lincoln Center’s Tony Award winning revival of South Pacific, 10 Million Miles (Drama Desk nomination) and The Light in the Piazza (Tony nomination). In addition to Morrison’s on-stage credits, his TV credits include: Will Schuester on Glee (Emmy nomination), U.S. Attorney Connor Fox on The Good Wife and Dr. Paul Stadler on Grey’s Anatomy. Matthew can also be seen on the big screen in: What to Expect When You’re Expecting, Music and Lyrics and Dan in Real Life. In 2012, he hosted and narrated the PBS special Oscar Hammerstein II: Out of My Dreams, and was a featured performer in Dustin Lance Black’s play 8. Matthew currently has two studio albums, Matthew Morrison and Where It All Began.

CHITA RIVERA is an accomplished and versatile actress, singer and dancer. Rivera has won two Tony Awards as Best Leading Actress in a Musical and received eight additional Tony nominations for an exceptional 10 Tony nominations. She recently starred in The Visit, the final John Kander/Fred Ebb/Terrence McNally musical directed by John Doyle and choreographed by Graciela Daniele on Broadway, the Broadway revival of The Mystery of Edwin Drood, the Broadway and touring productions of The Dancer’s Life, a dazzling new musical celebrating her spectacular career, written by Terrence McNally and directed by Graciela Daniele and the revival of the Broadway musical Nine with Antonio Banderas. Her career is highlighted by starring roles in Bye Bye Birdie, The Rink (Tony Award), Chicago, Jerry’s Girls, Kiss of the Spider Woman (Tony Award) and the original Broadway casts of Guys and Dolls, Can-Can, Seventh Heaven and Mr. Wonderful. Chita was awarded The Presidential Medal of Freedom by President Barack Obama in 2009 and the coveted Kennedy Center Honor in 2002. Chita’s Muny credits include: Anything Goes (Reno Sweeney, 1982), Bye Bye Birdie (Rose Alvarez, 1980) and This is Show Business (principal performer, 1971).

TOMMY TUNE is considered one of the country’s most prolific performers, directors and choreographers. Having received 10 Tony, eight Drama Desk, three Astaire and multiple Lifetime Achievement Awards, Tune is celebrating his golden decade on the American stage. Tommy began his career as a dancer on Broadway in Baker Street, A Joyful Noise and How Now, Dow Jones. He has received Tony Awards for The Will Rogers Follies, Grand Hotel, My One and Only, Nine, A Day in Hollywood/A Night in the Ukraine and Seesaw. Tune also received two Tony nominations for The Best Little Whorehouse in Texas. His film credits include Hello, Dolly!; The Boy Friend and Mimi Bluette…fiore del mio giardino. In addition to his expansive on-stage and film career, Tune was the recipient of the National Medal of Arts in 2003 and deemed a Living Landmark in 2009 by the New York Landmarks Conservancy. Tune is currently touring the country in his one-man show, Tommy Tune Tonight! Tommy’s Muny credits include: Bye Bye Birdie (Albert Peterson, 1990), My One and Only (Captain Billy Buck Chandler, 1987), Seesaw (David, 1973) and State Fair (Tommy, 1969).

PATRICK CASSIDY is the son of Oscar-winner Shirley Jones and Tony Award winner Jack Cassidy. Making his Broadway debut opposite Kevin Kline in The Pirates of Penzance, Patrick’s other Broadway credits include: 42nd Street (Julian Marsh), Aida (Radames), Annie Get Your Gun (Frank Butler) and Leader of the Pack (Jeff Barry). Patrick had the honor of creating the role of Balladeer in the original off-Broadway premiere of Stephen Sondheim’s Assassins, and was the first actor to play Radames in the national tour of Aida. He has also been seen in Lady in the Dark (Encores!) and sang alongside Victor Garber at Carnegie Hall for Sondheim: A Celebration. Patrick’s select TV credits include: Smallville, Bay City Blues, Dirty Dancing, KC Undercover, Major Crimes, Law & Order: SVU, Castle, Perception, ER and Lois & Clark: The New Adventures of Superman. In addition to his vast on-stage and screen work, Patrick has also directed musicals for various art centers and universities across the US. Patrick’s Muny credits include: Aida (Zoser, 2016) and The Sound of Music (Rolf Gruber, 1977).

KEN PAGE is an accomplished cabaret singer, actor, director and voice actor perhaps best known as the voice of Mr. Oogie Boogie in the Tim Burton cult classic, The Nightmare Before Christmas. Since 1997, Page has lent his vocals for all subsequent products of the film, including two sold-out engagements of the score sung live at The Hollywood Bowl with the Los Angeles Philharmonic. Page made his Broadway debut as Nicely-Nicely Johnson in the all-black revival of Guys and Dolls, receiving the Theatre World Award. Other Broadway, New York and West End credits include: originating the role of Old Deuteronomy in Cats, Ain’t Misbehavin’ (Original Broadway, L.A. and Paris casts, Drama Desk Award for Best Actor in a Musical), The Wiz, The Wizard of Oz and Children of Eden. Page’s film credits include: Dreamgirls, Torch Song Trilogy and All Dogs Go to Heaven. Recently, Ken was involved in the NY industry reading of the new stage musical The Prince of Egypt (Jethro) and reprised his performance in The Nightmare Before Christmas in Concert at The Barclays Center in Brooklyn. Mr. Page’s one-man concert, Page by Page, is performed nationwide and has been recorded live and released by LML Music. Page’s upcoming credits include: Me and My Girl (Encores!). Ken’s recent Muny credits include: Aida (Amonasro, 2016), Into the Woods (Narrator, 2015), Tarzan (Porter, 2016), Nunsense: Muny Style! (Sister Mary Wilhelm, 2013) and West Side Story (Doc, 2013).

LARA TEETER has performed, directed and choreographed for major regional theatre and opera houses nation-wide. A veteran song and dance man, Teeter has performed in three national tours and six Broadway shows, including the revival of the Rodgers and Hart classic, On Your Toes, for which he received a Tony nomination and Outer Critics Circle Award. In 2000, Lara made his Carnegie Hall debut followed by his Lyric Opera of Chicago debut in 2001. For the Variety Children’s Theatre, Teeter has directed The Adventures of Tom Sawyer, Oliver!; The Wizard of Oz, Annie, Peter Pan, The Little Mermaid, Mary Poppins and Beauty and the Beast, which earned him a St. Louis Theater Circle nomination for Outstanding Choreographer. Recording credits include: On Your Toes, Lady Be Good and the Grammy nominated The Wizard of Oz. A proud member of the Musical Theatre Educators Alliance, serving a two-year term from 2014 to 2016 as President, Teeter is currently a Professor of Theatre and Head of the Musical Theatre Program at the Webster Conservatory of Theatre Arts in St. Louis. Lara’s recent Muny credits include: Aida (Pharaoh, 2016), Hairspray (Wilbur Turnblad, 2015), Nunsense: Muny Style! (Father Virgil, 2013), Bye Bye Birdie (Albert Peterson, 2011) and The Little Mermaid (Scuttle, 2011).