The Muny finds its Brains, Courage, Heart and Fabulous Wiz for its Production of The Wiz

ST. LOUIS (March 28, 2018) – The Muny announced today that Grammy Award-winner Nathan Lee Graham will play the title role in The Wiz. Starring alongside Graham will be Jared Grimes as Scarecrow, Mykal Kilgore as Lion and James T. Lane as Tinman. In its first Muny staging in 36 years, The Wiz is the second production of the historic outdoor theatre’s centennial season. The Wiz is directed by Denis Jones and choreographed by Camille A. Brown with music direction by Darryl Archibald. The Wiz is proudly sponsored by Wells Fargo Advisors.

“The trio of gentlemen joining Dorothy down our Yellow Brick Road is an Ozian dream team,” said Muny Artistic Director and Executive Producer Mike Isaacson. “What a joy to welcome back Muny friends Mykal and James, and to welcome Jared.” 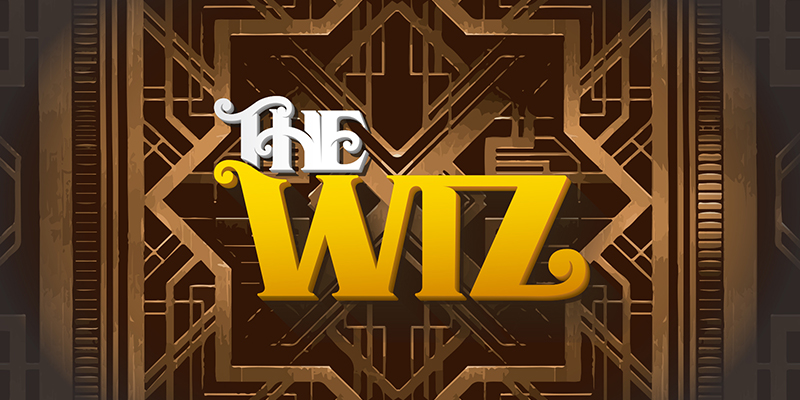 “And we finally have a date with destiny for Nathan Lee Graham to be on the Muny stage,“ Isaacson continued. “Born and raised in St. Louis and a graduate of Webster University, we’re thrilled he’s coming home to be our Wiz!”

NATHAN LEE GRAHAM (The Wiz) can currently be seen as Bernard in the FOX comedy hit LA to Vegas. Film credits include: Zoolander, Zoolander 2, Sweet Home Alabama and Hitch. On the small screen, he has been seen in The Comeback, and had guest starring roles on Scrubs, Absolutely Fabulous and Law & Order SVU. His stage appearances include the original Broadway casts of The Wild Party and Priscilla Queen of the Desert. Mr. Graham recently received a 2017 Lucille Lortel nomination for Outstanding Featured Actor in a Musical for The View Upstairs. In 2016, he received the IRNE award for Best Supporting Actor in a Play for The Colored Museum. Graham also received a Drama League nomination for the role of Rey-Rey in the off-Broadway production of Tarell Alvin McCraney’s Wig Out! In 2005, he earned the Best Classical Album Grammy Award for Songs of Innocence and of Experience as a soloist. Nathan Lee Graham is a graduate of Webster University Conservatory in St. Louis, MO.

MYKAL KILGORE (Lion) is elated to be back at The Muny after portraying Annas in Jesus Christ Superstar and starring in Our Leading Men at Muny Magic at The Sheldon! He’s appeared on Broadway in Motown the Musical and Hair. Tour credits include: The Book of Mormon (1st national tour). Select TV/Film credits include: Collateral Beauty and NBC’s Jesus Christ Superstar Live in Concert (upcoming). Mykal has racked up 10 million plus views on social media with his videos from Scott Bradlee’s Postmodern Jukebox (PMJ) as well as his viral “Reclaiming My Time” video. A singer/songwriter, Mykal has played to many sold-out audiences, including the world-famous Apollo’s Music Café and the historic Joe’s Pub. www.MykalKilgore.com Social Media: @MykalKilgore

ABOUT THE SHOW:
Adapted from The Wonderful Wizard of Oz by L. Frank Baum, The Wiz features a book by William F. Brown, music and lyrics by Charlie Smalls, with additional dialogue by Tina Tippit.
Based on L. Frank Baum’s nostalgic classic, The Wonderful Wizard of Oz, The Wiz sparkles with heart-pounding soul, unforgettable gospel and infectious rock rhythms. A Grammy Award-winner for Best Cast Show Album, winner of the Tony Award for Best Musical and ranked as one of the highest-watched live television musicals, this reimagined familiar favorite will have you ready to “Ease on Down the Road” to meet The Wiz for yourself!