ST. LOUIS (May 8, 2019) – The Muny announced today its complete cast, design and production team for Guys and Dolls, the first show of its second century, June 10 – 16. Guys and Dolls is proudly sponsored by Wells Fargo Advisors.

"We soar into our second century with one of the most beloved musicals of the last century,”  said Muny Artistic Director and Executive Producer Mike Isaacson. "I can't wait to see this amazing production on our beautiful new stage. Luck be a producer, indeed.” 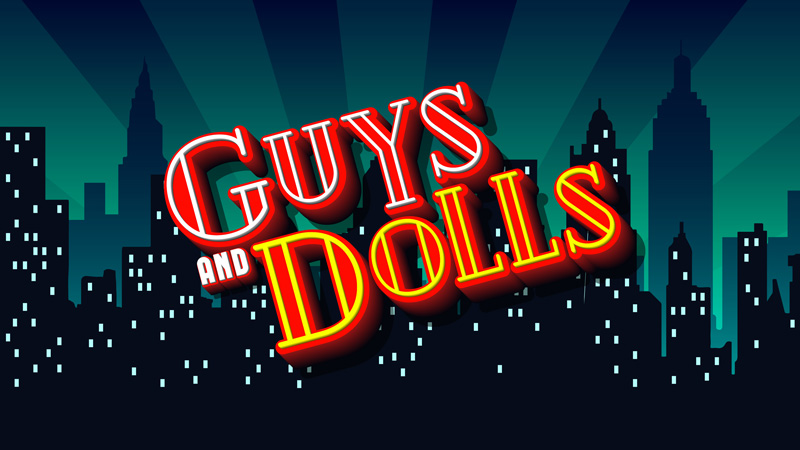 As previously announced, Guys and Dolls is directed by Gordon Greenberg and co-choreographed by Lorin Latarro and Patrick O’Neill with music direction by Brad Haak.

KENDRA KASSEBAUM (Miss Adelaide) Muny: A Chorus Line (Val). On Broadway, Kendra originated the role of Janice in the Tony-nominated production of Come From Away as well as Sam in Leap of Faith. She played Glinda in Wicked on Broadway, in San Francisco and on the first national tour (Helen Hayes nominee). Other New York: The Receptionist (MTC) and the Tony Award-winning, Grammy-nominated production of Assassins, both directed by Joe Mantello. Kendra made her Broadway debut in Rent. For the Roundabout, she performed the role of Petra in A Little Night Music starring Vanessa Redgrave and Natasha Richardson. Kassebaum’s regional appearances include Actors Theatre of Louisville, The 5th Avenue Theatre, ACT, Ordway and Florida Stage. Film: The Other Woman (with Natalie Portman and Lisa Kudrow).

KEN PAGE (Arvide Abernathy) is proud to be part of the 101st season of The Muny. This will be his 41st show on the stage and his fourth year as “the voice” of the theatre. Ken made his Broadway debut as Nicely-Nicely Johnson in the all-black revival of Guys and Dolls, receiving the Theatre World Award for his performance. This year, he received a Lifetime Achievement Award from the St. Louis Arts and Education Council and directed a sold-out run of Love, Linda with Max & Louie Productions. Upcoming, live-to-film concerts of The Little Mermaid (Sebastian) at the Hollywood Bowl, Grumpy Old Men, La Mirada Theatre and the UK, and the live-to-film tour re-creating his role of Oogie Boogie in The Nightmare Before Christmas.

ORVILLE MENDOZA (Nicely-Nicely Johnson) is thrilled to be back at The Muny where he got his Equity card 25 years ago in The King and I. Other Muny: Miss Saigon (2001), The King and I (2006), Godspell (2009). Broadway: Peter and the Starcatcher, Pacific Overtures. Most recently, the world premiere of The Heart of Rock and Roll (Old Globe, coming to Broadway). Previously, he toured with Small Mouth Sounds (Ars Nova). Off-Broadway: Found (Atlantic Theater Company), Pacific Overtures, Passion (Classic Stage Company); Romeo and Juliet, Timon of Athens and Road Show all at The Public Theater/NYSF. He's worked all across the U.S. from La Jolla Playhouse to Long Wharf Theatre. TV: The Blacklist, Law & Order: CI and many commercials. Drama Desk nominee and Barrymore Award winner. www.orvillemendoza.com

RICH PISARKIEWICZ (Lt. Brannigan) Muny 101 marks Rich’s 38th season on the Muny boards, appearing in over 80 productions, including last season’s An Evening with the Stars and Annie. He has appeared regionally with The Fox Theatres (Atlanta and St. Louis), Dallas Summer Musicals, Kansas City Starlight, and locally with Stages St. Louis, Shakespeare Festival St. Louis, Repertory Theatre of St. Louis, The Black Rep, Westport Playhouse and Opera Theatre of Saint Louis. He has also enjoyed working with the Variety Theatre in several productions, most recently The Wizard of Oz. Upcoming: Man of La Mancha (Stages St. Louis). 2019 is his 41st year in professional theatre beginning with 1776 at Summerstage in 1979.

Guys and Dolls is based on a story and characters of Damon Runyon with music and lyrics by Frank Loesser and a book by Jo Swerling and Abe Burrows.

Considered by many to be the perfect musical comedy, Guys and Dolls gambles with luck and love during a time when Broadway was rampant with wise guys, mission girls and Lindy’s cheesecake. This all-time Broadway classic features a high-rolling score, including “Luck Be a Lady,” “If I Were a Bell” and “Sit Down, You’re Rocking the Boat.” With this Muny favorite, everyone’s a winner!

Season and single tickets are currently on sale. Muny gift cards for the 101st season are available online and at The Muny Box Office. MetroTix is the only official online point-of-purchase vendor for The Muny. For more information, visit muny.org or call (314) 361-1900.