The Muny announced today its Second Century Capital Campaign, a $100 million fundraising effort that will fund major capital improvements, including a complete rebuild of the Muny stage, the support, maintenance and upkeep of the aging 11.5 acre campus, and the building of the theatre’s endowment, which supports The Muny’s ever- growing education and outreach programs. The ultimate goal of this campaign is to secure a robust and stable future for St. Louis’ landmark theatre. 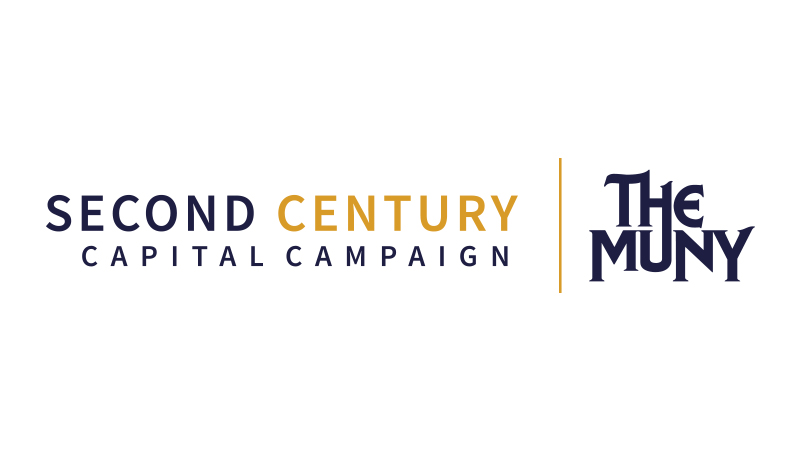 “As we look toward our second century, the capital improvements to the facility and endowment support that will result from this campaign are vital to the future of The Muny. We’ve been meticulous in preparing for this endeavor for several years, as we know this is no small task, but I truly believe that as the community sees the future of its theatre, they will share in our excitement to make that a reality,” said President and CEO, Denny Reagan.

Capital improvements will begin immediately following the 2018 summer season with a magnificent rebuild of the century-old stage, to be completed in time for the 2019 season. Architecturally stunning, the rebuild will also address critical structural needs and allow The Muny to utilize stage technology that has become standard across the industry, but had not been possible due to the age of the current stage. Versatile stage decking, vastly improved lighting capabilities, increased airflow from blowers, and a more protected orchestra pit are only a few of the enhancements that will result from this first phase of construction.

The process of returning the thriving canopy of trees that once enveloped the stage in its earliest days has already begun. The lone remaining original tree has been cloned and seven new, healthy trees have been selected and are being cultivated for transfer to the new Muny stage in 2020.

The light bridge and the supporting towers which flank the stage and contain vital electric and sound operations present the most pressing need for replacement, and will occur in conjunction with the rebuilding of the stage.

"When The Muny was born, its stage was the grandest in the world," said Muny Artistic Director and Executive Producer, Mike Isaacson. "Now we need a stage for the next generation that is also truly singular and wonderful. We’ve got to do this for our next generations,” he continued. “When you have an institution that has lasted 100 years, you must always strive to make it better. In this bold endeavor, St. Louis is raising its flag. We are saying ‘Oh, by the way, world, we’ve got this special thing and we are getting ready for the next 100 years.’”

A first-ever public campaign for The Muny, this effort will also make substantial investments in the theatre’s endowment fund. Throughout its first century, The Muny has remained financially accessible to its 55 million guests, welcoming 10 million of those guests at no cost through free seats and community outreach. Since 2015, The Muny has tripled the number of education and training programs it offers, now reaching local middle and high schools each year and training the nation’s top musical theatre students each summer. The endowment fund not only ensures a future of financial accessibility and education programs, but also allows the outdoor theatre to respond to unforeseen events from water main breaks to power system failures.

“When you are working with an older outdoor venue, there is always something to fix,” said Director of Operations, Sean Smith. “Certainly, the improvements we are making will be a significant step forward, but we are still faced with rising annual maintenance costs, as well as the need to be prepared for any surprises that come with running a 100-year-old facility.”

“There have been very few great theatres in this country that have celebrated their 100-year anniversary. And we need to significantly invest in and transform The Muny to maintain and build upon its tradition of excellence. It’s up to all of us to make The Muny the best that it can be – for our community, our children and future generations,” said Second Century Campaign Chairman and Muny Board Member, Jim Turley.

For more information about The Muny’s Second Century Capital Campaign, including renderings of the new Muny stage, or to make a donation today, please visit www.munysecondcentury.org.