Two of the more dramatic moments I have ever experienced at The Muny happen in the current production (their 7th) of “A Chorus Line.”

The first is a scene between the characters of Cassie and Zach, played by Bianca Marroquin and Ivan Hernandez, as they sort out professional and personal quandaries while Cassie desperately tries to save her career as a dancer. Her number “The Music and the Mirror” is a true show-stopper. 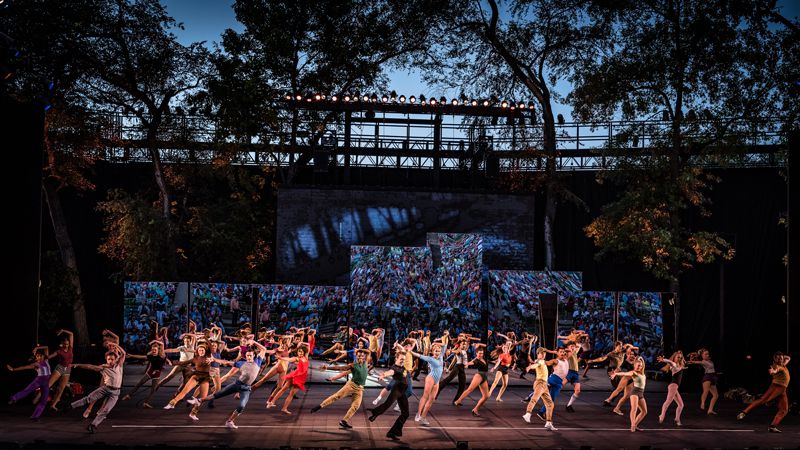 The second is a scene where the character of Paul, played by Ian Paget, is standing by himself on stage and speaking with Zach (Zach is seated in the audience area…literally) and telling the heart-rendering story of his tortured life. Over 6,000 patrons were held spellbound by Paget’s performance during these moments. Never seen anything quite like it at The Muny.

As they have in many shows, The Muny makes meaningful use of their light wall, particularly when they show photos of the cast member’s as kids. There are even children in the cast who sometimes perform parallel to their adult counterparts when the adults are telling portions of their stories.