ST. LOUIS (May 10, 2017) – The Muny announced today that Davis Gaines will play the role of Joseph Pulitzer, rounding out the principal cast for Newsies, the seventh and final production of its 99th season. Design teams were also announced for this production, which plays August 7-13. Newsies is proudly sponsored by BMO Harris Bank. 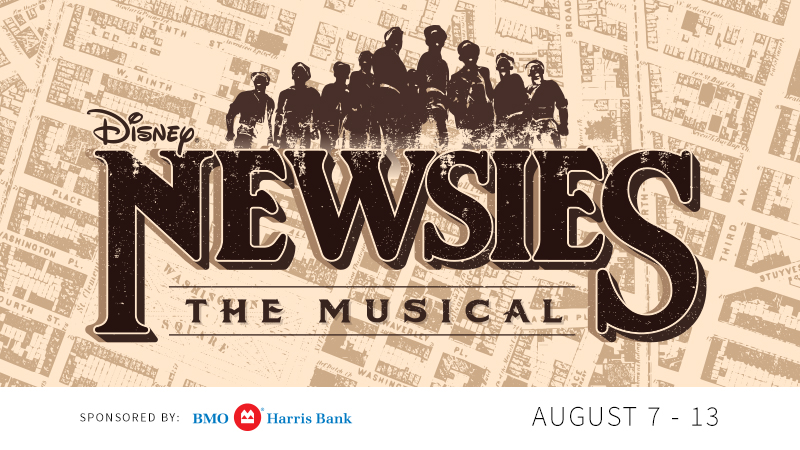 “This is a cast ready to ‘Seize the Day,’” said Muny Artistic Director and Executive Producer, Mike Isaacson. “The Muny premiere of ‘Newsies’ is one of our most anticipated shows in years, and this amazing company is sure to deliver.”

As previously announced, direction and choreography is by Chris Bailey, with music direction by Michael Horsley.

ABOUT THE SHOW:
Based on Disney’s 1992 cult classic film, Newsies tells the rousing tale of the great Newsboy Strike of 1899. Jack Kelly, a charismatic and resilient newspaper boy, leads a bunch of New York City rag-tag orphans in a clash against the mighty publishing titan, Joe Pulitzer. With a score by Alan Menken, and hits that include “Santa Fe,” “Seize the Day,” and “King of New York,” this Muny premiere promises to make headlines.