“Molly” Warming Hearts at The Muny

There’s arguably no performer better suited to play the lead in “The Unsinkable Molly Brown” than Beth Malone. 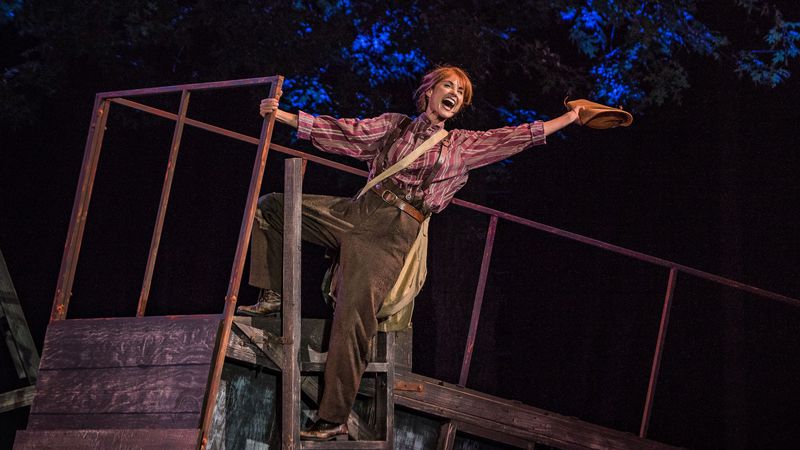 This revised version of the Broadway hit from 1960 last played St. Louis at the American Theater in 1962. It headlined the original stars, Tammy Grimes and Harve Presnell, and as a youngster I was fortunate to attend it while it was here. This company seems every bit as appealing as the first time I saw it.

This edition of the show has been redone to highlight more of Molly Brown’s personality as an individual and somewhat historical figure. As written, Brown is a high-energy, talented firebrand with a winning personality and the innate ability to win people over. Watching Beth Malone in the role, you can’t help but feel that those traits belong to her too as a person as well as a performer.

“The Unsinkable Molly Brown” is a rags (literally) to riches story about a young women with guts and a dream. Her adventure takes her from the poverty of Leadville, Colorado, to the society crowd of Denver and the Continent. Along the way, Molly gets involved in several social causes, gets married, strikes it rich, plans a political career and even manages an interrupted journey on a ship called the Titanic.