Muny Announces Full-Casting for All Shook Up

ST. LOUIS (April 28, 2017) – The Muny announced today its full cast and design teams for All Shook Up, the fourth production of its 99th season, which plays July 13-19. All Shook Up is proudly sponsored by US Bank. 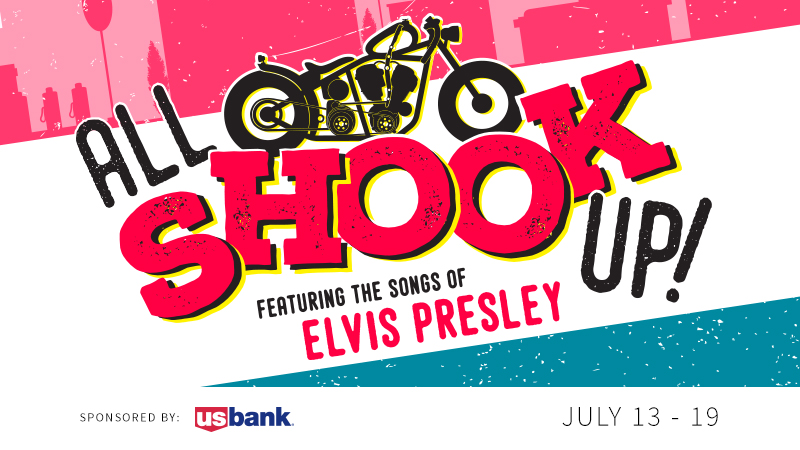 “This is a company that will shake, rattle and roll the Muny audience,” said Muny Artistic Director and Executive Producer Mike Isaacson. “I’m so excited to see them rock this exciting Muny premiere.”

As previously announced, direction is by Dan Knechtges, with choreography by Jessica Hartman and music direction by Charlie Alterman.

About the show:
Set to the chart-topping hits of the King of Rock ‘n’ Roll, himself, Elvis Presley, and based on Shakespeare’s Twelfth Night, All Shook Up follows the story of Natalie, a tomboy mechanic with a longing heart, and Chad, a mysterious, hip-swiveling roustabout who is new to town and ready to shake things up. Set in the 1950s, and filled with secret crushes, hysterical shenanigans and matters of the heart, this is one Muny production that promises to have the entire family dancing in their “Blue Suede Shoes.”