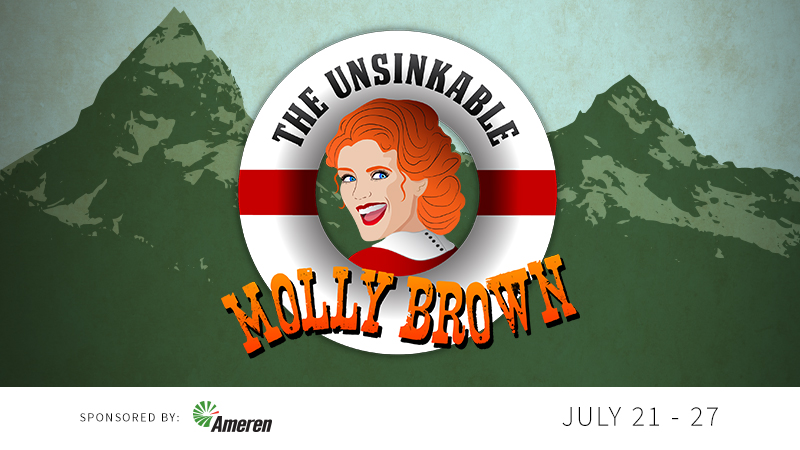 “Kathleen Marshall has put together a jubilant, thrilling company for this revitalized American treasure,” said Muny Artistic Director and Executive Producer, Mike Isaacson. “It’s such a pleasure and an honor for The Muny to serve as a home to this creative team and thrilling cast as they further develop this exciting and beautiful new ‘Molly.’”

ABOUT THE SHOW:
Hannibal Missouri’s own brash and beguiling Molly Brown shines in this exhilarating adaptation of Meredith Willson’s 1960 musical. Her rags-to-riches story sparkles with a new book by Dick Scanlan (Thoroughly Modern Millie), and new songs from the Meredith Willson songbook. The tempestuous can’t-live-with-him/can’t-live-without-him love story that survived the Silver Boom, Gold Rush and sinking of the Titanic returns to the stage with more fun and flair than ever. This is one of those classic musicals that will have your heart soaring!