ST. LOUIS – Following its initial casting announcement, The Muny announced today additional principal casting for its spectacular 99th season. This star-packed group includes a mixture of some of the brightest names from stage and screen, with many making their Muny debut this summer.

“Today we happily continue the announcement of our principal actors for our 2017 season,” said Muny Artistic Director and Executive Producer Mike Isaacson. “The caliber of talent is exciting and astounding, and I’m so grateful to casting director Megan Larche Dominick and all our directors, music directors and choreographers for their hours and hours of work.” 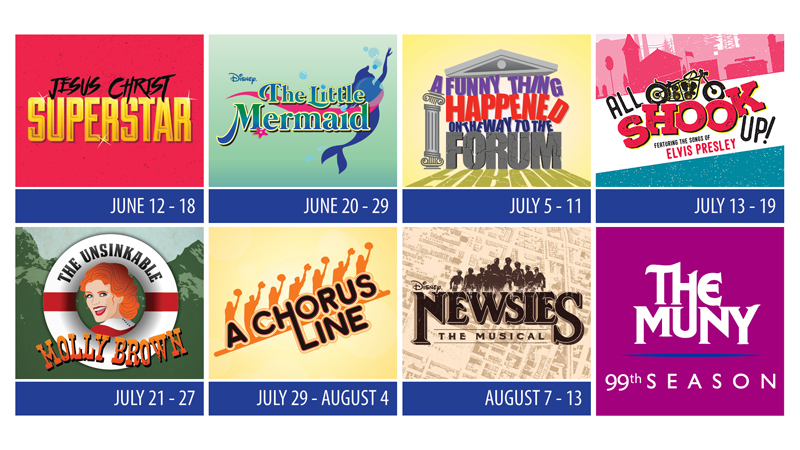 Season tickets are available now. Single tickets will be available beginning May 8, 2017.