ST. LOUIS (April 27, 2017) – The Muny announced today that Ivan Hernandez will play the role of Zach, rounding out the principal cast for A Chorus Line, the sixth production of its 99th season. Design teams were also announced for this production, which plays July 29 – August 4. A Chorus Line is proudly sponsored by Wells Fargo Advisors.

“This is a dream cast for this landmark musical,” said Muny Artistic Director and Executive Producer Mike Isaacson. “With Denis Jones at the helm, this cast promises to give the show incredible vitality, style and heart.” 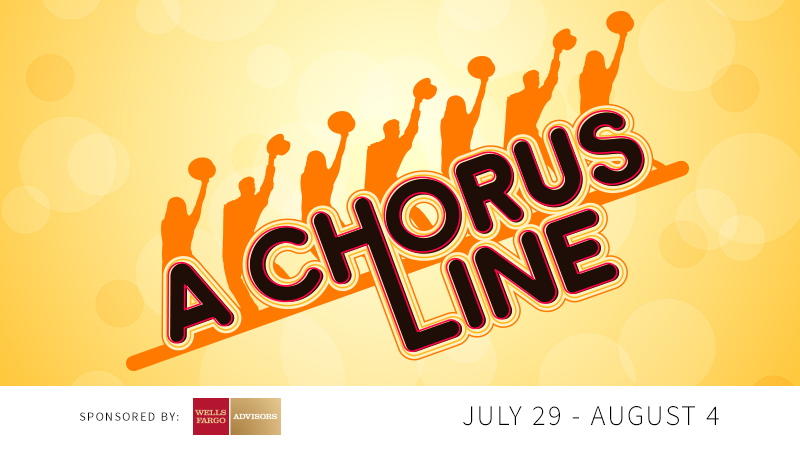 As previously announced, direction and choreography is by Denis Jones, with music direction by Ben Whiteley.

IVAN HERNANDEZ (Zach) made his Broadway debut as Billy Fynn in Chicago. He also played The Wolf/Cinderella's Prince in Shakespeare in the Park's production of Into the Woods. Other shows include: The Mambo Kings, Zhivago (directed by Des McAnuff), Romantic Poetry (written and directed by John Patrick Shanley), the critically acclaimed off-Broadway musical, Yank!, Paul Simon's The Capeman and Pirate, also by John Patrick Shanley. Ivan recurred as Javier Mendoza on the popular series Devious Maids. Other TV: Scandal, Crazy Ex-Girlfriend, The Following, The Good Wife, Criminal Minds, Law & Order: SVU and Gossip Girl. Ivan recently wrapped the CBS drama pilot, The Get.

ABOUT THE SHOW:
Considered a landmark celebration of the American Musical, A Chorus Line follows the lives of 17 Broadway dancers vying for a spot “on the line.” Zach, a driven director/choreographer at the helm of a suspenseful audition, will stop at nothing to assemble an unforgettable chorus, no matter the price. With music by Oscar and Tony winning Marvin Hamlisch, A Chorus Line defines glittering promise, unwavering determination and stakes as high as the kickline itself. This is one Muny “singular sensation” you won’t want to miss!